Few places have garnered as much intrigue with its vast desolate landscapes as Iceland, a place which is undeniably tranquil yet abundant with the volatile forces of nature. In recent years this remote island has brought people flocking. It has coincided with growing pains for its people and government finding balance between important economic benefits and maintaining it’s natural state. It’s beauty is unmistakable. It has been featured in many television shows and featured films. Naturally this raises the curiosity of adventure seekers. I was no exception as I have been eyeing this unique place for several years.

Iceland is a rather large island, approximately the size of Kentucky or Cuba in area but only inhabited by a few hundred thousand people. Roughly half its population is near the capital, Reykjavik. It’s one of the least densely populated countries in the world.

While the vast majority of the island is indeed void of people, one may be surprised to read the island is currently struggling with an influx of crowds. With few roads and not enough hotel rooms, there are more people arriving than there are places to accommodate them. Tourism is one of the largest industries in the country and many efforts have been made to bring in visitors. That said, the people are very welcoming and friendly. 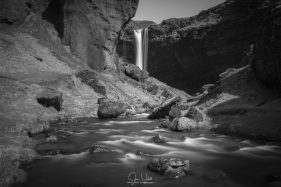 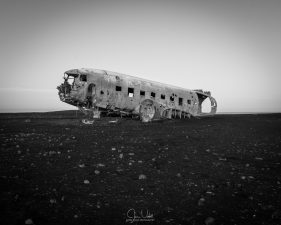 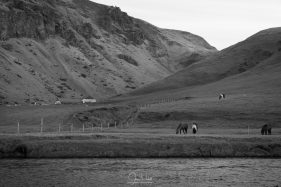 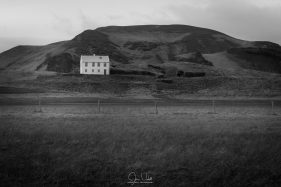 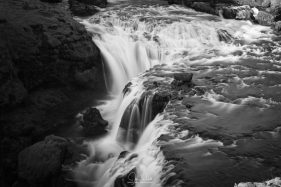 Falling Water on the Skoga River in Iceland

The Eyjafjallajökull Volcano in Iceland.

While Iceland’s many geothermal pools are a relaxing place to spend time, the island is not geared towards those who plan to lounge around. To see the best of it you must be prepared to travel long distances and traverse rugged terrain through some of the harshest weather conditions you could expect. The wind is ferocious and with it blows volcanic ash and sand in some places. There’s nothing quite like a face full of itty bitty rocks pummeling you in the face as you walk along the coastline.

During my visit, the sole roads to some of the places I most looked forward to visiting were closed due to the 60+ mile per hour winds which did not let up for over two days. While disappointed, I never ran out of other beautiful places to see.

And if those challenges weren’t enough, try pronouncing the Icelandic names you see on a map. Can you say Eyjafjallajökull? I sure can’t. It’s one of many active volcanoes in Iceland, and it got its claim to fame in 2010 when it most recently erupted. The eruption caused havoc among the airline industry when the volcanic ash grounded transatlantic flights for two weeks. It disrupted thousands of travelers and commerce throughout Europe and North America.

With little agriculture and other resources having to be delivered by ship, visitors should expect to shell out more money for every day items like food and petrol. Fuel in Iceland is more expensive than just about anywhere else in the world. But you will find well maintained infrastructure, excellent public services, and despite its sulfuric smell, delicious clean water. Make no mistake, Iceland is one of the most beautiful places I have set foot on. It’s like being somewhere straight out of a fantasy novel. From the seaside cliffs and black sand beaches to the volcano ridden and glacier covered highlands, there really is no place else like it on earth. Some of the most stunning waterfalls I’ve seen go unnamed simply because they’re too many to count. This is truly a place that stirs the desire to explore. There’s no shortage of beautiful features here and I’m already looking forward to returning and exploring more of it. 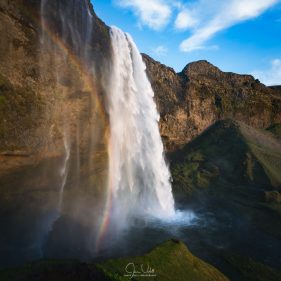 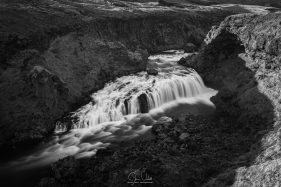 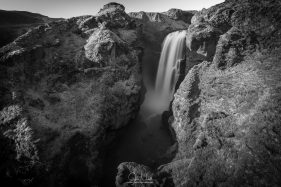 A waterfall in the Fimmvörðuháls area of Iceland. 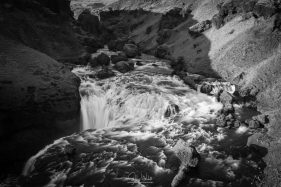 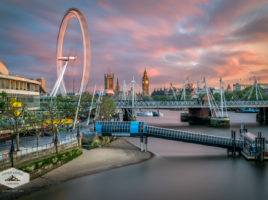