With its year-round good weather, many miles of coastline, parks, and other attractions, the San Diego area is an obvious choice for anyone looking for a nice getaway. San Diego is the birth place of California. In 1769, the Spanish established a mission and Presidio in the area now known as Old Town, not far from downtown San Diego. Later the area became part of Mexico after their independence from Spain in 1821. Once the Mexican-American War ended with the Treaty of Hidalgo in 1848, the United States negotiated its border with Mexico to be located just south of San Diego harbor, knowing it would be crucial to defense and the economy.

Despite it’s great natural harbor, the city remained on the small side until the arrival of the railroad in 1878 and still only had a modest population of 40,000 by 1915 when the city held the Panama-California Exposition, a World’s Fair which coincided with the opening of the Panama Canal. It was an opportunity to exploit its geographical position as the closest pacific port (In the United States) to the new canal. The city used Balboa Park as a location for the event. Keeping with its heritage, exhibition halls were built with Spanish architecture, some which remain today as museums. As part of an exhibit, exotic animals were brought in and would later spark an idea by an attendee which resulted in the creation of the now famous San Diego Zoo. In preparation for the event, the city made other improvements including developing its streetcar system. Sunset over the Shipyards

The US Military also saw potential in San Diego as an essential key to developing its Navy. The city saw its highest period of growth during and post World War II. The city’s economy was largely based on its military bases and defense contractors. Since the end of the cold war, San Diego has diversified itself into other industries such as bio-tech companies while continuing its strong tourism trade. 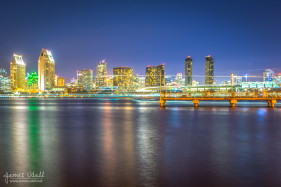 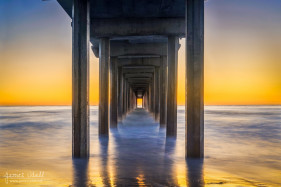 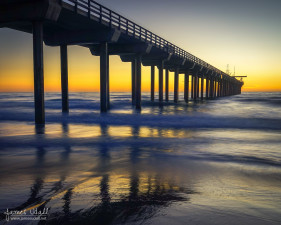 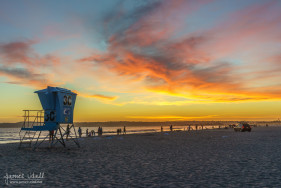 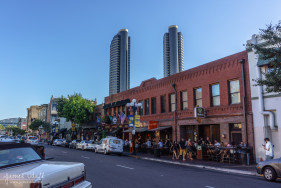 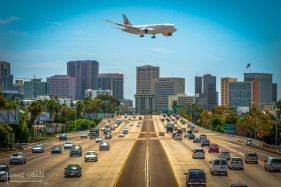 Now one of the most essential pieces of the area’s economy, tourism in San Diego started modestly but introduced new ideas and innovations into the industry of hospitality.

In the 1880s, San Diego was just starting to grow from its small town atmosphere after the railroads arrived. Developers knew the pleasant weather and coastlines could draw in tourists but the area lacked the fancy hotels and allure wealthy people of the era flocked to. Across the harbor from downtown, the island of Coronado was purchased for what would become a planned resort community. And what would become the jewel of not only the island but the entire region, a new grand luxury hotel would be built. The Hotel Del Coronado was built on the sandy dunes of Coronado Beach. At the time of its completion in 1888, it was the largest resort hotel in the country, so large it struggled to find the lumber and labor to finish the project. The hotel introduced many new amenities not seen in other hotels. It was the first hotel with electric lighting and the first with an electrically lit Christmas tree. Thomas Edison himself oversaw the installation of the hotel’s electrical components. The hotel has since become an icon and historical landmark. It has been featured in numerous films and novels, hosted several different presidents and other heads of state and the rich and famous, and even served as makeshift housing and hospital for soldiers in World War II. Today, while new development has surrounded the historic building, the original hotel still stands and remains much like it was. 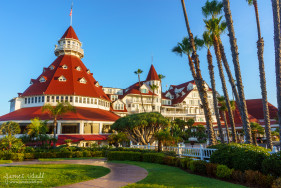 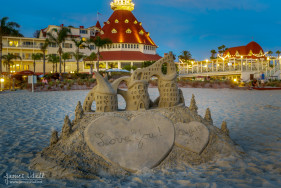 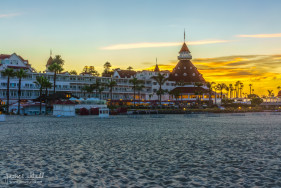 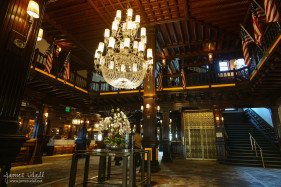 Since World War II and the growth that came afterwards, San Diego has developed itself into a world class city with plenty to do. Besides the long stretches of sandy beaches in Coronado, other parts of San Diego offer plenty of opportunities to admire the beauty of the ocean or be entertained. The downtown area has developed into a walkable and lively area and most other attractions are a short drive away. La Jolla offers breathtaking views from its high cliffs and beautiful beaches below. It is home to the University of California San Diego, the Scripps Institute, and many high tech and bio-tech firms. Going south from there, the Sunset Cliffs and Point Loma are not far. History and military buffs would enjoy a visit to the USS Midway, now on display in San Diego harbor. Whatever your interests are, a visit to San Diego will satisfy just about anyone.