After a trip to San Francisco, I visited some other places I have enjoyed going to since I was a little kid. Here’s some photos of these great places.

Two hours south of San Francisco is Carmel-by-the-Sea (usually shortened to just Carmel). Adjacent to Pebble Beach and Monterey, this charming town is a draw in and of itself. It’s beautiful homes and shops are both unique and old school. Clint Eastwood was once Mayor.

Much of the California coast was surveyed by the Spanish beginning in the sixteenth century. In the late 18th century, the Carmel mission was established. Today it is a basilica and remains an active parish of the Roman Catholic church. Gate at the Carmel Mission After the territory fell into the hands of the United States in 1848, ranchers and farmers were prevalent in the area. Banking on a rumor the railroad would traverse the area, wealthy ranchers envisioned the area as a resort. In the late nineteenth and early twentieth century, the town of Carmel was laid out and built. The railroad never came but the town found its niche. A street in Carmel After the devastating earthquake in San Francisco in 1906, artists and writers flooded the city and called it home. The town would never be the same after that as Carmel was quickly becoming a sanctuary for the arts and it quickly drew in the wealthy and famous people of that era. 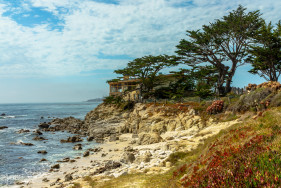 Carmel Home on the Ocean 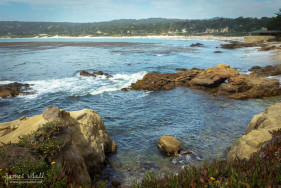 Today, the town balances itself as a community dependent on tourism and its economy while attempting to keep it’s charm and character. One could say it is somewhat old-fashioned, but it is the way they want it. The buildings and homes here have no physical addresses and residents go to the town’s post office for their mail. With many restrictions in place on new construction, it is very expensive and restrictive to build here. Despite its quirks, Carmel is one charming and attractive town. It is very walkable and accommodating with dozens of small boutique hotels, restaurants, galleries, and shops. Not far south of the Carmel Valley on the Cabrillo Highway (CA HWY 1), one is awarded some of the best coastline scenery in the country. Big Sur is one section of the California coast which has been left more untouched, and for good reason. The terrain is very rugged with cliffs and rocks all along the shoreline, all which kept would-be settlers mostly away from here due to its inaccessibility. Small roads provided some access in the early twentieth century but it wasn’t until the 1930’s when the highway allowed people to transit through the region completely. The curves and climbs are part of its appeal as many car companies choose this area to film commercials to advertise their products. 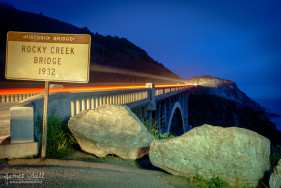 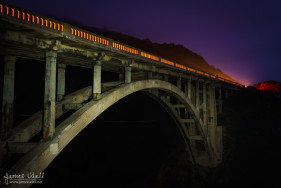 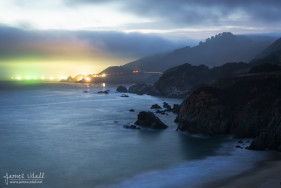 Today, Big Sur remains largely has it has been with little development. It affords beautiful vistas for seeing its inspiring beauty as well as many recreational opportunities. If afforded an opportunity, one should not pass on a drive through Big Sur.